Back from the dead.

It’s been awhile. What can I say — life got in the way.

And while I do have a couple of stuff on the backburner that I can put up, I can’t think of a more appropriate post to revive this space with.

So without further ado.

February 19, 2015 saw me take a half-day leave from my night shift work, trudging half-awake to Shell Tiendesitas to hitch a ride with some friends to catch some of the Chinese New Year festivities in Manila Chinatown — and maybe sample some authentic Chinese food as well. 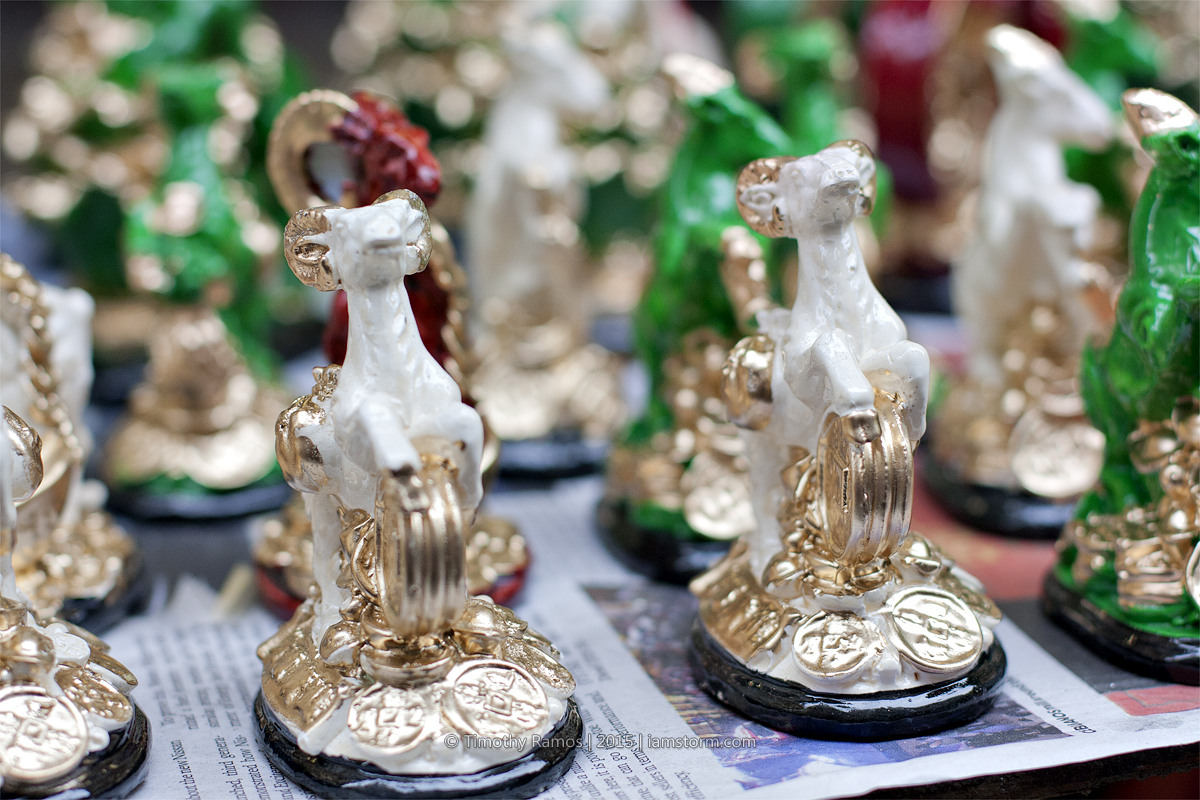 Before we knew it, the place was awash with people milling about. Vendors, most of whom were selling good luck charms, popped up along the sides of the road, and customers were lined up outside popular (mostly food) stores like Eng Bee Tin and Wai Ying. TV crews took up places all around Binondo church and all sorts of entertainers were going around, performing for anybody who could be bothered to throw in a few pesos in their direction. 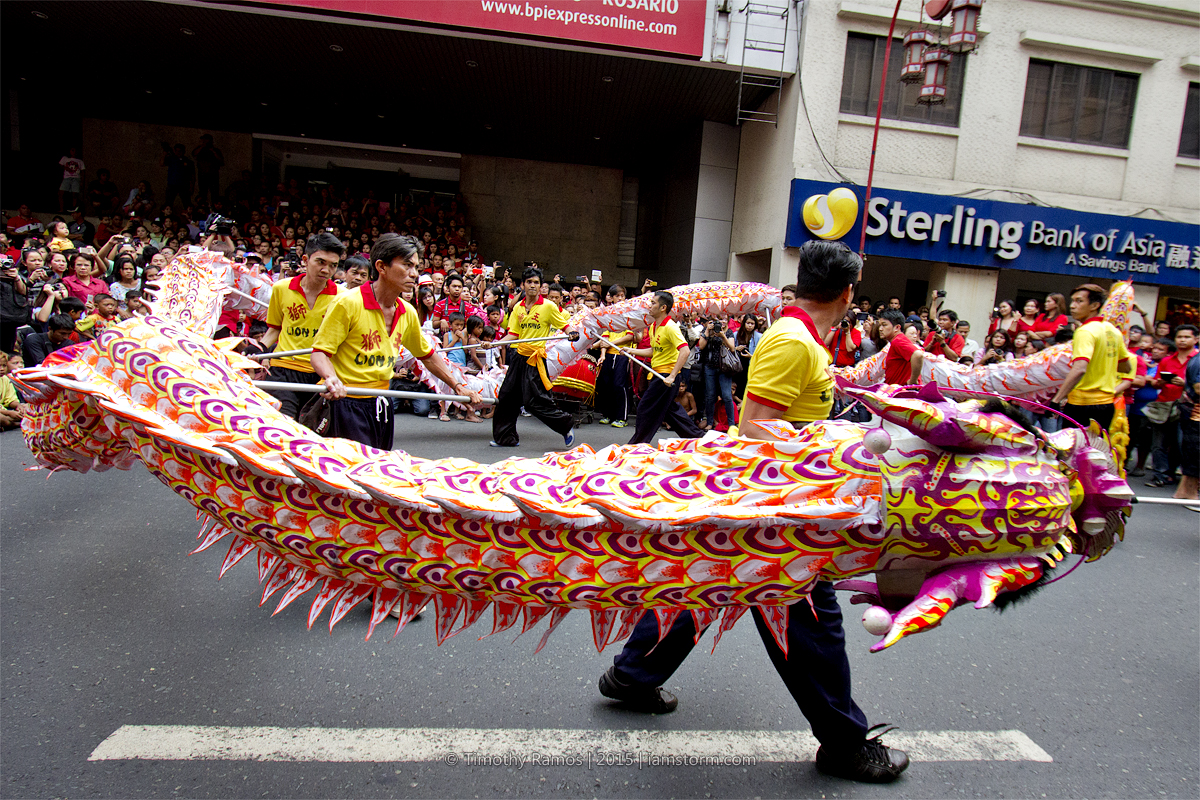 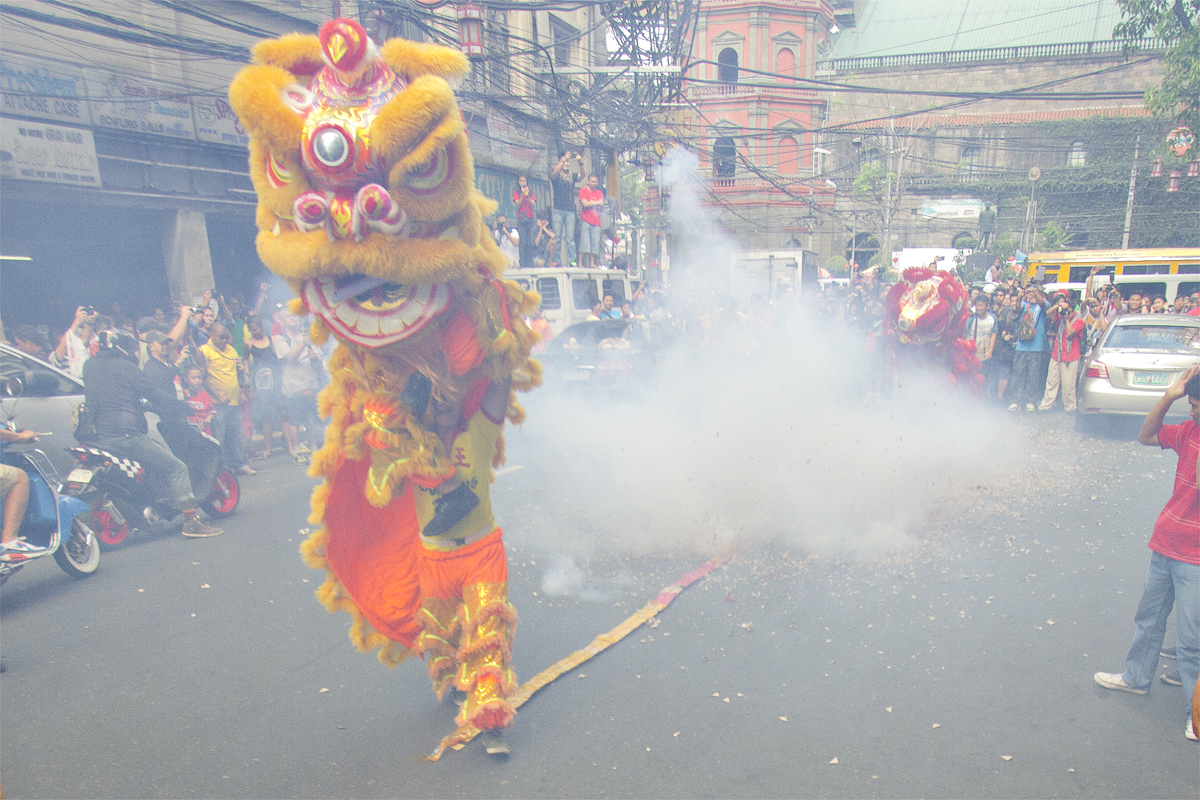 Firecrackers to ward off evil spirits that bring ill fortune.

Despite being half-Chinese, I’ve never celebrated Chinese New Year in any shape or form, nor have I been to Chinatown to watch the festivities. I was surprised at how many non-Chinese folks turned up to spectate and participate — I noticed that even in an incense altar (albeit with a sort of crucifix, a testament to how Filipinos are wont to mix stuff in with Catholic traditions, dogma be damned), more Pinoys were waving incense sticks about and mumbling prayers compared to their Chinoy fellows. 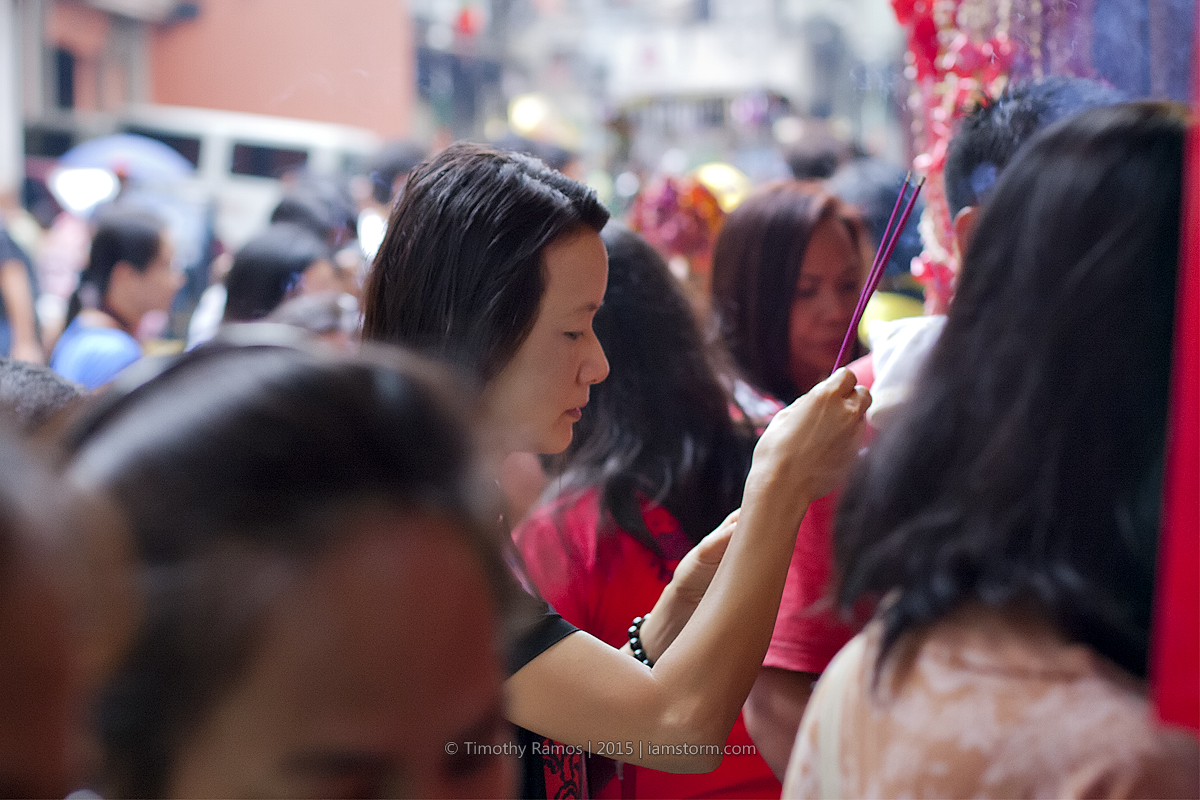 Praying to the ancestors.

It was an interesting experience to say the least, one I’d like repeat should I get the chance. Many thanks to friends and folks — most of them members of the Framed Shots Camera Club — who let me tag along.